This is the third in a series of 3 blogs on Finland and it’s (business) culture.

In the previous two blogs on Finland and it’s business culture two main characteristics of the Finns were discussed: the frequent use of silence in their communication (or: the absence of communication, if you want), and the creativity and out-of-the-box thinking that the Finns apply so well, yet talk about so little. In this third blog, we discuss a Finnish character trait that is largely unknown to foreigners, represented with the Finnish word “sisu”.

There is no easy translation for the word, as there is no equivalent of the concept in most of our western European cultures. “Sisu” can best be described as a mindset: the spirit of fighting to achieve a goal. The persistence to achieve your goals, especially when facing obstacles along the way. Rather than discuss the obstacles at length and being disappointed that the obstacles show up in the first place, somebody with “sisu” will fight with relentless determination to overcome them. Sisu was once described (in Kiss, Bow or Shake Hands, T. Morrison and W. Conaway) as: “I may not win, but will gladly die trying.”  Sisu is the mental capacity to overcome hardship: it is the mental strength that you need to continue to pursue your goals when others would give up. The concept applies to sports, the battlefield, and to the business world as well. 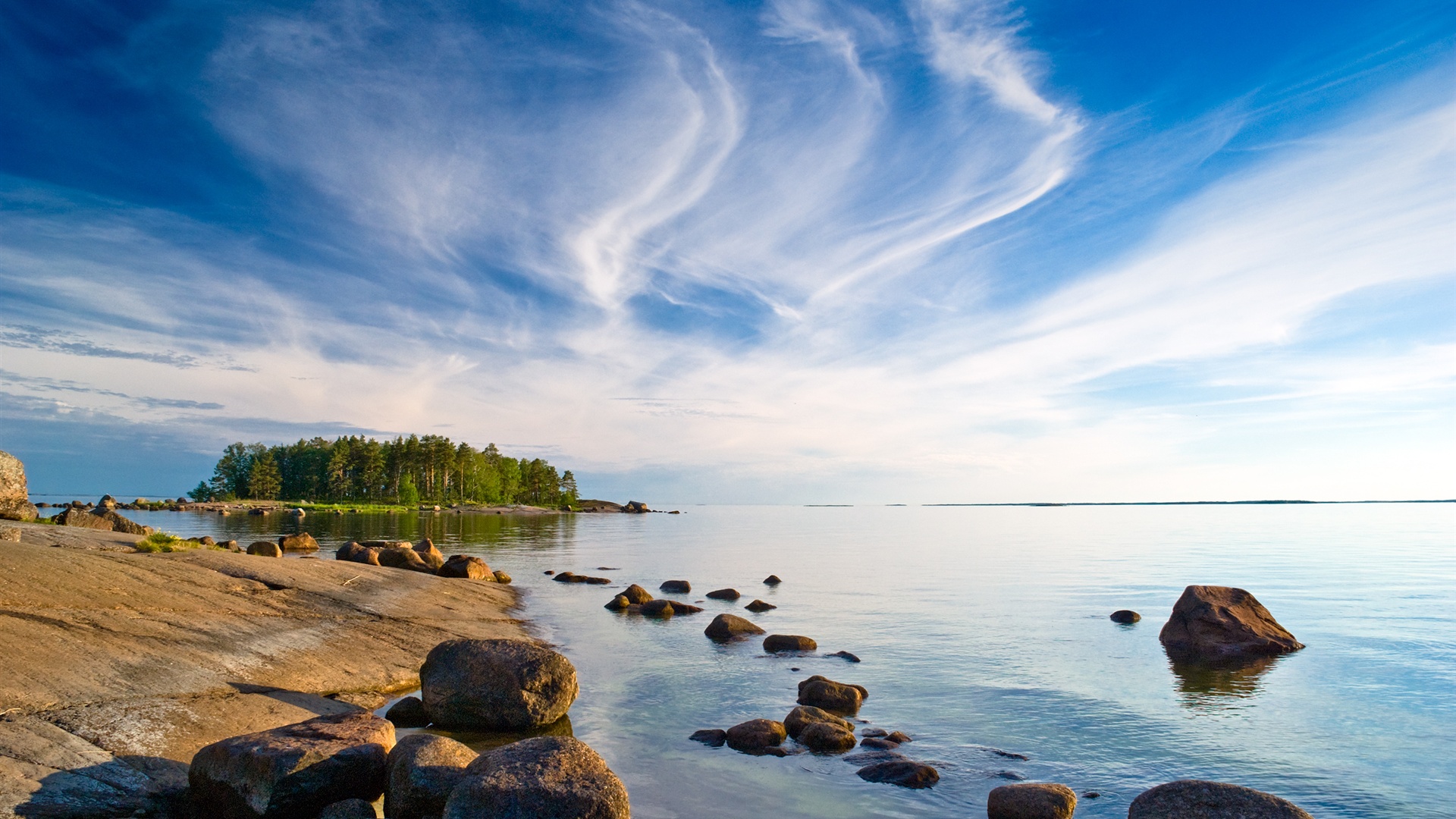 Sisu fascinates me. Finnish Emilia Lahti is a researcher, public speaker and social activist who studies the concept of sisu, and lives it on a daily basis. Her website is truly inspirational. Fighting for a good cause to end domestic violence across the world, she is currently on a journey through New Zealand to run 50 ultra-marathons in 50 days. To learn more about sisu, study her website or watch the inspiring TED-talk. As Lahti says: “Sisu is not just fighting to overcome difficult situations. It’s how we orient toward these situations: Are we able to endure, persevere, and grow, or are we limited by the situation we are in?”. More on sisu and the Finnish spirit also in this article by R. Taramaa.

This Finnish spirit is visible in many aspects of Finnish business life. In multinationals, the Finns usually are not the ones talking strategy all day and vividly discussing new ideas. But they more than make up for this when the execution phase of a project starts: in this phase, they are determined to succeed and show a great drive to achieve agreed results. And this is where the success of many Finnish high-tech startups comes from the combination of creativity and out-of-the-box thinking (blog 2) and the ability to execute. This execution phase is not characterized by a lot of manuals, procedures, and processes. Instead, the Finns have a no-nonsense way of execution: they will not spend a lot of time predicting what possibly can go wrong (they have little patience with these bureaucratic processes), but when something goes wrong they act. In a no-nonsense, decisive way will they analyze the problem, and propose the best possible solution.

Most Finns do this low-profile: they will not organize a meeting for everything or follow the hierarchy strictly to get approvals: they’d rather influence their peers and solve the problem before management starts interfering. Middle-management is fine with this approach: a good Finnish manager sets objectives with the team and then gets out of their way. The manager now has delegated the responsibility and expects the team to handle any upcoming problems. Only when the team will not succeed will the manager step in and provide help, in a decisive way. This control-and-don’t-interfere attitude can be seen at all levels in the Finnish hierarchy system: local Finnish managers will take decisions and help their team forward, without constantly referring things back to headquarters, steering committees and what have you. They respect the hierarchy but don’t need it to move forward with determination.

The execution phase is handled without too many interruptions and discussions: the Finns believe that when you start implementing – and long before – the time for long discussions is over. In any project, they like to set clear goals and share the objectives with the team. Once the tasks are divided and all know what to do, it’s time to get to work. In this phase, the Finns may have problems with the Dutch, who always see an opportunity to re-open a discussion that was closed the day before. Not the Finns: they have made up their mind and decided, and will not easily change their mind anymore.

Also in business negotiations, the Finnish sisu spirit s present: buyers and sellers know how to fight for their interests with determination, and not easily settle or compromise too quickly. The saying “Tough on the content. Soft on the people” is not well-known to the Finns: when in negotiation the Finns can be friendly, yet cold and stubborn in style. They will remain calm and unemotional. However, do not interpret the cold approach as unfriendly or uninterested. The Finns will look for win-win and use their creative skills to find an outcome that suits both parties. They negotiate in a methodical way and tackle issues one by one. It’s in this aspect the Finns get easily frustrated with more poly-chronic cultures like the Middle East, Brazil but also France and Italy, where several items are discussed at the same time and a less methodical style is followed. Here’s the pitfall for the Finns: when confronted with this – in their view – inefficient style, they easily revert to the comfort of silence, rather than accept the challenge and go with the flow. They will hold strong opinions about their counterparts from these cultures, and have huge difficulty to communicate with tact and adapt to the different approach.

One thing I like about the Nordic cultures and Finland, in particular, is the way they communicate: there are remarkable differences with the Dutch communication style, although to an American or Asian our styles will come across as very similar. But even within the Nordics, there are remarkable differences. We already said the Swedish and Fins have a lot in common, but they also have their differences. These differences often form an endless source of inspiration for jokes about each other, and these jokes often refer to the superiority of one culture over the other. During lunch, I’ve heard Finns talk about the Swedish book on war heroes (“One page”), and the Swedish talk in return about one good thing about Helsinki (“The boat to Stockholm leaves from there”).  And also in business context jokes are all too common. Below quote (from When Teams Collide, Richard D. Lewis) says it all: “Ask a Swede which makes a stronger team, one comprising six Swedes or a diverse team, and they will probably go for the six Swedes. A Finn would tell you that anything is better than six Swedes and would go for diversity.”

The communication styles of Finnish and Swedes are distinctly different. Where the Swedes put things in context first and then reach consensus by discussion, the Finns take pride in the clarity they achieve with minimal speech. And on this aspect, they hold strong opinions about each other.  The Swedes find the Finns too blunt and factual, and too linear and cold in their arguing. The Finns in their turn have little patience with the consensus-seeking Swedes, who in their view take 10 minutes to discuss something that can be dealt with within 30 seconds.

This does not mean that the Finns are not democratic in their decision-making process. Like the Swedes, they have a consensus-driven culture. But where the Swedes like to hear all inputs, the Finns only want to hear all relevant inputs. They do not like to hear a lot of opinions, but rather stay with facts and figures that are presented quickly and efficiently: when you know the facts and it’s relevant to share these, please do so. But when you don’t know the facts or want to share high-level observations only, please shut up. It’s here again that we meet one of the pitfalls Finnish professionals need to be aware of. When confronted with higher management that talks more high-level and may use abstract statements, the Finns often get reserved or even downright cynical. When speech is unclear and in their view fuzzy, they’d rather have you shut up than to use valuable airtime. They may even decide to show off a bit and contrast a long monologue of their counterpart with their own clear and to-the-point summary in 3 words. I have often witnessed disappointing conversations between well-informed Finnish professionals and foreign upper management, where the appreciation of each other’s style is low. This is where the Finns have a learning point: reach out and connect, rather than withdraw with your peers. 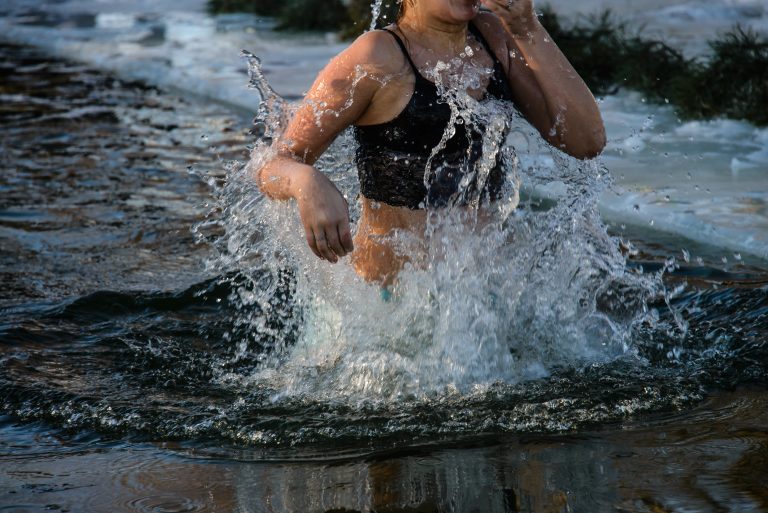 The Finnish business culture is often little known to foreigners but has characteristics that are highly valuable in international working environments. Their compact, efficient and to-the-point speech patterns provide clarity, with the downside that speaking up little has the consequence that your inputs are not heard (blog 1). The creative and out-of-the-box thinking is valuable in business processes (certainly in very formal and procedural working environments), but again this creativity will not be shared easily by the modest Finns (blog 2). They have a third unique quality in the ‘sisu’-spirit: fighting with determination to achieve results in spite of obstacles, which benefits the execution phase of many projects.

The Finns will often describe other cultures they work with as loud and noisy, over-emotional, lacking directness and clarity, promising too much, indecisive and lacking in ‘sisu’. But here the Americans and many other cultures will respond with describing the Finns as quiet and silent, unemotional, very direct and blunt, lacking enthusiasm, not open for discussion and stubborn.

Do you have similar observations? I’d love to hear them: put your reaction below or get in touch!

This is the first in a series of 3 articles on the Finnish (business) culture. I will be in Finland end of February 2020, available for introduction meetings and workshops on cross-cultural awareness and personal leadership. Read the full series: blog 1, blog 2, blog 3 and “the Finnish construct of sisu“.