In an earlier blog, I spoke about the business culture of Finland, this fascinating country in Northern Europe. Several of the traits of the Finns were discussed, such as their communication style with lots of silence and sharp statements, their creativity and entrepreneurial spirit, their approach to problem-solving and of course: ’sisu”. In my recent research on ‘leadership mindset’ and ‘mental toughness’ the concept of ’sisu’ comes up frequently, as the concepts are closely related. Reason enough to spend some more time on this concept called ’sisu’ that the Finns themselves live every day. It’s in their genes.

The word cannot be translated directly and there is a wide variety of definitions for ’sisu’ available. It can best be seen as a mindset: the spirit of fighting to achieve a goal. The persistence to become successful especially when facing obstacles along the way. Rather than discuss the obstacles at length and being disappointed that the obstacles show up in the first place, somebody with “sisu” will fight with relentless determination to overcome them. Sisu was once described (in Kiss, Bow or Shake Hands, T. Morrison and W. Conaway) as: “I may not win, but will gladly die trying.”  Sisu is the mental capacity to overcome hardship: it is the mental strength that you need to continue to pursue your goals when others would give up. The concept applies to sports, the battlefield, and to the business world as well. I believe it is a critical ingredient of personal leadership.

In short: when you accept a challenge that is beyond your current capacity and comfort zone, you need sisu. And when opposition forces you to give up, you find the strength to go on in sisu.

So why is this concept so central to Finland? This mental capacity may also be described in other languages and cultures as ‘grit’ or ‘perseverance’. In fact, a variety of words come to mind when speaking of the concept: courage, resilience, grit, tenacity, perseverance, determination, hardiness, bravery, willpower. And although not the same there is a strong resemblance, as many of these words are part of what makes somebody have sisu. But Sisu is unmistakenly Finnish. The Finnish climate – harsh in winter, pleasant at its very best in summer – is often mentioned to shape the ideal condition for developing this mindset. When you succeed to achieve your objectives in spite of strong headwinds, hail, snow, extreme cold, etc., you have sisu. Proudly will the Finns refer to the Winter War – where they fought the Russians that by far outnumbered them -, but the Finnish army sustained and achieved victory. Without sisu, they would obviously stand no chance.

So where does the sisu-mentality help in business? Let’s look at two examples:

Finns are known for their directness and the use of few words only to bring their point across. A conversation with Finnish business partners often knows periods of silence. While other cultures get nervous and want to speak, the Finns believe you are a wise man if you suppress the need to speak and invest your energy in thinking. The Finns are deep thinkers, often using silence to structure their thoughts, and come to very sharp conclusions.

It takes a wise person to shut up when they do not have anything to say. So when the Finns speak, they use their well-chosen words with efficiency. And as they love direct communication, their words can come across as too direct (blunt). However, when foreigners get used to this communication style (this can take a while), they usually appreciate the directness of the Finn. This ‘straight talk’ got recognized across the world, as Finnish politicians have been at the center of resolving many international crises. Former Finnish president Martti Ahtisaari contributed to solving crises in Kosovo, Iraq, and Indonesia, and got well respected for his direct – yet respectful – style.

The directness is characteristic: the Finns don’t make things nicer than they are. They think over what they want to say, and then say it. This can cause friction of discomfort from time to time, and this is where sisu comes in: the Finns do not walk away from this discomfort, but rather embrace it as a regular ingredient of good communication. The truth may hurt. But when you handle it directly yet respectfully, you can achieve more than cultures who always look for the middle ground, seek consensus and compromise. It is this aspect that the Finns love to make jokes at the expense of the Swedish neighbors: one of the most consensus-oriented cultures in Europe.

Also in business negotiations, the Finnish sisu spirit is present: buyers and sellers know how to fight for their interests with determination, and do not easily settle or compromise too quickly. The saying “Tough on the content. Soft on the people” is not well known to the Finns: when in negotiation the Finns can be friendly, yet cold and stubborn in style. They will remain calm and unemotional. However, do not interpret the cold approach as unfriendly or uninterested. The Finns will look for win-win and use their creative skills to find an outcome that suits both parties. They negotiate in a methodical way and tackle issues one by one.

And also here, the Finns don’t shy away from a bit of discomfort. When you make a proposal that to the Finns is not acceptable, they will not refer to an indirect approach and say something like “This may be difficult for us.” The Finns would rather look you in the eye, and tell you: “This we will not accept. You have to do better.” Their calm mindset of silent determination gives them ’sisu’: where others would feel discomfort and start to give in, the Finns are comfortable and relaxed. Focused on the goal they have in mind. 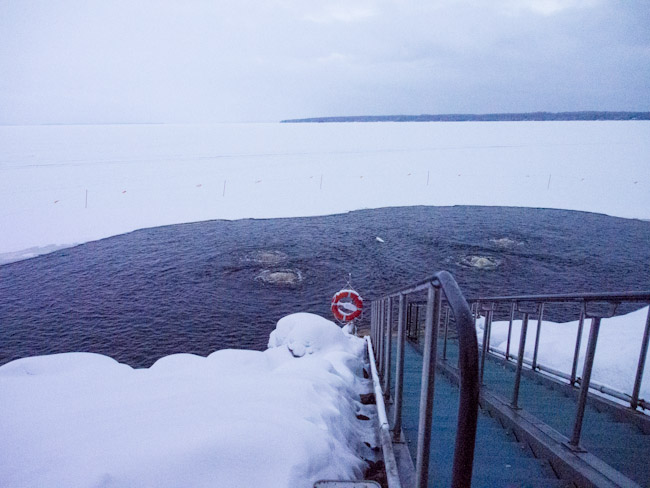 So how to develop sisu?

The Finns learn these traits as part of their upbringing. In the harsh weather conditions that so often rule the Finnish landscape, a child will be sent outside with proper gear. A bit of rain or cold won’t kill you, is what they learn at a young age. The Finns even take pride in their attitude under severe circumstances. Many Finns engage in winter in ice swimming: they make a hole in the ice and happily plunge in, enjoying all the health benefits of extreme cold once their immersion in pain comes to an end. I’m fascinated, but you got that already.

NB: Elements of this blog are based on the fantastic books ‘Sisu: the Finnish art of courage’ (Joanna Nylund) and Finding sisu, in search of courage, strength, and happiness the Finnish way’ (Katja Pantzar). Both books are highly recommended!