This blog is the last one in a series of 4 about creating a culture in which diversity is not only present but also explored and used to the business’s advantage. 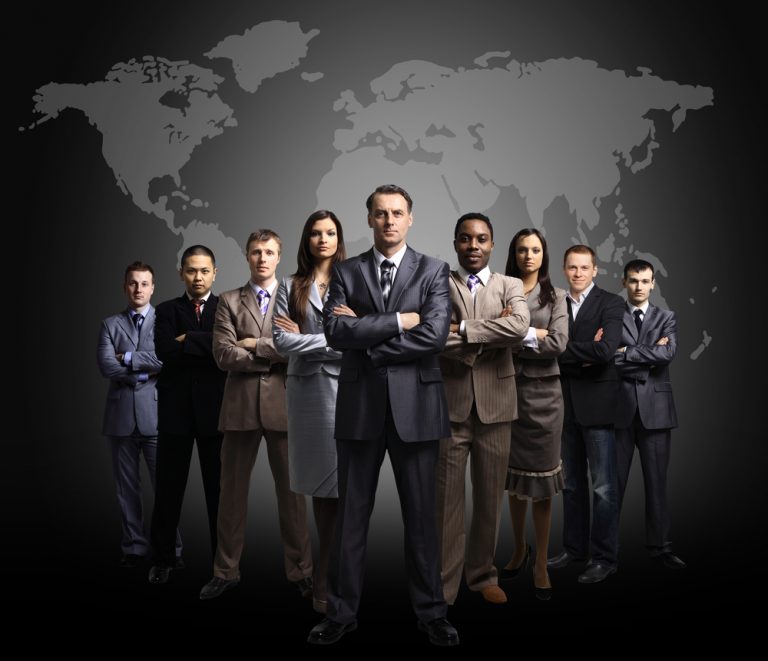 Speaking up about your opinion – certainly when it differs from the norm – can be a risky business. At the moment you have stated your opinion in public, you have put yourself in the spotlight, and you are responsible for what you have said. Your point of view is at the risk of attack by others, and even you yourself may be the subject of attack for holding such an opinion in the first place.

You have to make sure that others can understand very well what you have to say. This means opinions should be expressed with little words and should be sharply formulated. Clear, concise and to-the-point. Many great ideas get lost in an amorphous blurb of unclear words, or may not be understood because ‘slang’ was used. Expressing your thoughts, opinions and feelings in a simple way is essential for making your opinion heard. This is even more important when English is your native language: be aware that others – who have other native languages – may have difficulty with the nuance you put in your sentences and the colorful way you can express yourself in your native language. Talk at the level where others can tune in to your message: keep it simple.

It is inevitable that differences of opinion come with friction. Two points of view (two ‘truths’) collide. Exploring these differences requires that people do not shy away from expressing their – sometimes opposing – views, and ensure that the differences that emerge get explored. This does not mean that conflict should be sought for, but it means that the fear of conflict does not withhold people from having an opinion and expressing it. The uncomfortable questions need to get asked, and the unpleasant feelings of interpersonal disagreement should be accepted in order to communicate openly about differences.

Good communication takes time. Especially when we want to benefit from the richness of different ideas (diversity of thought), understanding where and how we differ is key. This relies on the skills of Inquiry and Advocacy. Inquiry is the use of questions in order to truly understand the position of the other person: it’s a state of exploration in which you ask questions such that you better and better understand where the other person comes from. Deep listening would be a term that describes this state of mind. Advocacy is being clear on your own assertions: formulate your opinions, requests, and promises in such a way that there can be no confusion as to what you mean.

Especially when we want that the organization takes benefit from our differences, it is important that we explore these differences in-depth, using the skills of Inquiry. This goes well beyond asking the other person for his/her opinion: it is merely exploring these opinions in such depth that you truly understand which aspects you differ. It will often be needed to ask the confrontational and unpleasant questions that bring the nuances of your differences to the surface.

At the same time, it requires to be crystal clear of your own position and using Advocacy in such a way that your unfiltered opinion gets heard by others. This requires you to assert your opinion regardless of how you think others will react to it, or how others want to hear it. And although this is not a call to be blunt and confrontational for the sake of it, you occasionally will have to confront when your ideas are radical and be ready for friction when you take position clearly.

When we say ‘clear communication’ is essential to benefit from the diversity of thought, this resonates with cultural programming where disagreements are surfaced, and where people express themselves short and concisely, speaking their mind and asking uncomfortable questions. These habits are characteristic of low-context cultures, in which people use direct communication regardless of hierarchy or status.

In many collectivistic cultures, however – and even in some individualistic cultures – high-context communication prevails, and negative statements or disagreements are avoided in public. The differences of opinion would be worded in such a way that nobody loses face or feels uncomfortable. This cultural programming may prevent the open expression of feelings and thoughts – certainly in public – and leads to more careful, diplomatic and less direct forms of communication.

Leave your comfort zone and adapt

For example, the Dutch cultural programming is to be direct, voice our opinions and confront others in a direct way when we disagree. Nevertheless, in many circumstances, we may not be effective by sticking with this cultural stereotype. When trying to win a large contract with a Japanese multinational I may decide to withhold, and express my opinion more indirectly if I want to be effective. In diplomatic contexts where many parties need to reach an agreement about sensitive issues, you may want to express your opinion more diplomatic and less confrontational. People have to adjust in order to be effective.

The Japanese cultural programming is to choose your words carefully, speak indirectly (high-context) and take into account the hierarchy when deciding to speak up or not. Nevertheless, the Japanese may not always be effective if they would stick to this cultural programming at all times. I have witnessed very effective Japanese managers who were very direct and confrontational when the situation asked for this. They know that If they want to be effective, they have to adjust every now and then.

I believe the same holds for the behaviors that stimulate a diverse organization: in order to effectively benefit from different opinions and thoughts, people may have to leave their cultural comfort zone and use other behaviors. Not because these are ‘better’ behaviors, but because they yield better results in these circumstances. This holds especially in multi-cultural environments where many different cultures interact and cooperate. These different sub-cultures don’t share the same cultural programming and don’t share the same context for their communication. In these situations, we need to look for behaviors that are effective for the goals we have.

And so whether we are Japanese, Dutch, Brazilian or Finnish, if we want to benefit from the diverse points-of-view that exist in our team, communication has to be direct. Team members will need to get comfortable exploring their differences and talk openly – sharply and directly – about the nature of these differences.

The best international teams (with members from multiple cultures) install this kind of team culture. Within this culture, the norm is to talk openly and directly about differences, without fear for friction, hurting someone’s feelings or loss of face. And to adapt to that culture, some people have to adapt more than others. The most effective multicultural teams I have seen are teams that together make agreements about the culture they want to install in their team, overruling their country-of-origin cultural programming.

Being flexible and willing to adapt is a prerequisite for effectively working in a multicultural, diverse team. Let me know your view on this. You can be direct and to-the-point, my cultural programming can handle this 🙂